Posted on October 15, 2012 by Patchwork Central 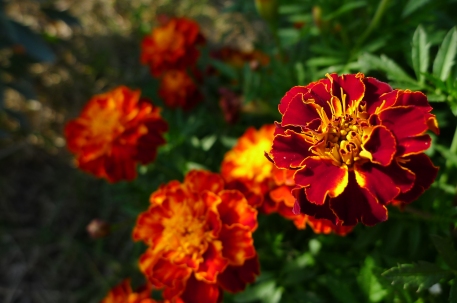 Quietly day after day, Patchwork is present in our neighborhood. We’re here and our doors are open. Anyone can come through them.

People visit us for many reasons: a loaf of bread or some vegetables off the bread cart; a cup of coffee; a shower; the name of somewhere they can get help with utilities or furniture or rent; phone use; diapers; clothing from our small clothing bank. Sometimes it’s just to have someone with whom to share life’s challenges and joys.

Last week I arrived at work to find one of our friends waiting for me. He’s been homeless for the last few months but stops by to visit often.

“Congratulations are in order!” he announced as he gave me a big hug.

“I’ve got an apartment! I move in tomorrow,” he told me.

Moving in was such a significant event for him that while he was at Patchwork he took a shower so he could be clean and ready for his new start.

Shawn tells another story from the week: One morning, another of our semi-regulars came to Patchwork along with a friend. “I like to help people,” the first man said. He was at Patchwork because he needed help in helping his friend who was homeless and unable to get into a shelter. 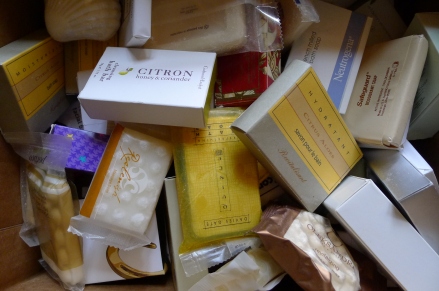 The friend had been beaten and robbed while on the street and had lost most of the possessions he had been carrying with him in his grocery cart. He had tried to get help at another agency but was turned away because he had no address or identification.

We offered him food from the bread cart, coffee, and a warm shower. We called Aurora, an organization working to eliminate homelessness in Evansville, and they sent someone over to talk to the man and help connect him to the resources he needed. The men and the social worker left Patchwork with a plan.

Over the course of a year, these moments add up. In the past 12 months, our office staff have recorded approximately 3400 moments of “neighborhood hospitality”, which is up by 30% over the previous year. Included in that number are 400 showers—double the number from the previous year.

There is no way to know if the next year will bring continued increases, but we plan to be here—whatever happens.